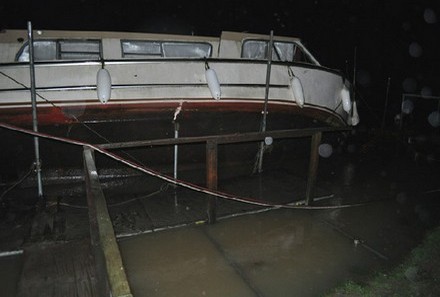 
The UK winter of 2013/14 brought heavy rain and widespread flooding throughout the southern half of the UK. Ron, a Safari club member fell victim to the flooding by way of the loss of Lady Dee as his pride and joy impaled itself on scaffolding poles forming part of his mooring in the River Medway in Kent.

In the first picture Lady Dee is still hanging suspended on a pole after the water has receded - a very sorry sight indeed. The second picture, showing her being raised by a salvage boat, shows just how high the water must have risen to have lifted the hull onto the poles holing the boat. 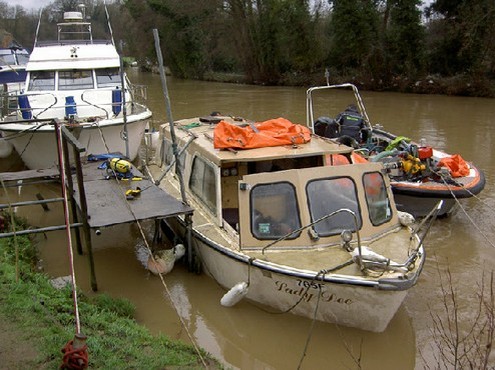 Was this the end?

At the time the photo's were taken, Ron feared that Lady Dee would be "written off" and he would be looking for a replacement.......a sad end indeed for a boat that had been well looked after and prior to the loss had been in vey good condition.......

........Carry on scrolling down to see what eventually happened to Lady Dee.

.......Unfortunately we don't yet know what became of Ron's quest for a replacement Safari on the Medway.....hopefully he might read this and update us...

As expected Ron's boat was written off........but was sold on by London Salvage......
.......Lady Dee was then purchased by Richard and Karen and transported back to The Broads for repair and interior refurbishment.


The adjoining pictures show the damage caused and the neat repair job......the hole in the hull patched and filled inside and out. Work is now taking place to refurbish the interior.


Good luck to Richard and Karen - Thanks for the photos and for the rescue mission - another one saved!

Lady Dee has been purchased by John and Linda and is undergoing further refurbishment and has just been repainted in Burgundy and White. Further updates and refurbishment to follow on the interior.. 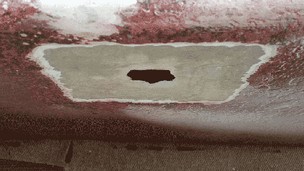 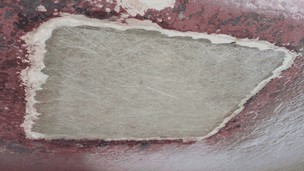 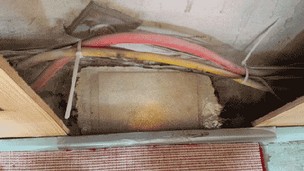 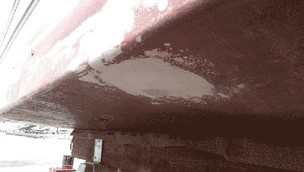 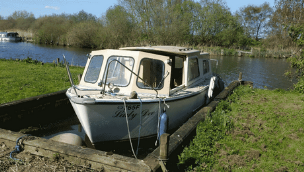 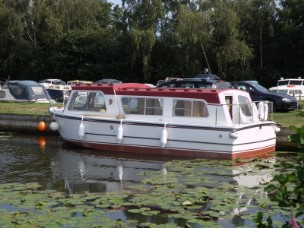